One of Nevada’s Oldest Cemeteries

The historic Dayton Cemetery is one of the oldest in the state and remains an active cemetery today. During a winter of devastating floods in 1861-62 some of the informal burials at the foot of today’s Cemetery Hill were washed out or damaged. Thus the Dayton cemetery was founded at the top of what is today called “Cemetery Hill.” At least two burials are known to have been moved to the new cemetery. One was “Old Virginny” Finney, born in Virginia in about 1817, who is credited with giving Virginia City its name. He was also one of the first people known to have over-wintered in what was to become Dayton. Unfortunately, on June 20, 1861, he was thrown from his horse in Dayton and died. When the new cemetery opened his many miner friends paid to have his body moved. The other body moved was George H. Clagett who died in October of 1861 at the age of 25. He was the brother of William H. Clagett, a former Nevada legislator, who paid to have his brother reinterred.

Another notable burial is of Edward Lovejoy, the son of Elijah Lovejoy, the first abolitionist martyr to the Free Press prior to the Civil War. After Elijah was killed in November 1837 the infant Edward was whisked away by his mother and eventually ended up in Nevada, where he built a bar in Wabuska, in Lyon County. When he died in 1891 he was buried in Dayton. His wife Julia was later buried next to him.

Also buried here are Charles Hinton Russell (1903-1989), governor of Nevada from 1951-1959, and Judge Clark J. Guild (1887-1971.) Born in Dayton in 1887, the youngest of 12 children, Guild worked the mines and railroads at age 16, when he lost a leg in a railroading accident, which changed his life. He earned a law degree and became a Lyon County District Attorney. Considered a fair, competent prosecutor, a district court judge in 1925, serving for three decades. Guild is recognized today as the founder of the Nevada State Museum and Nevada Day. 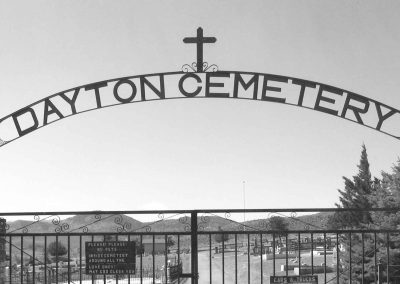 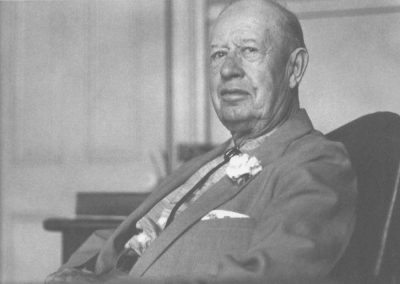 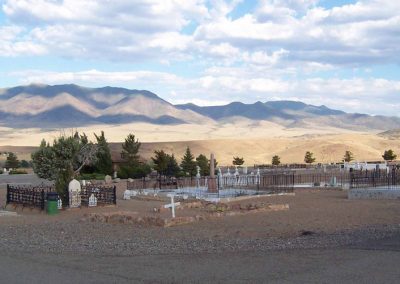 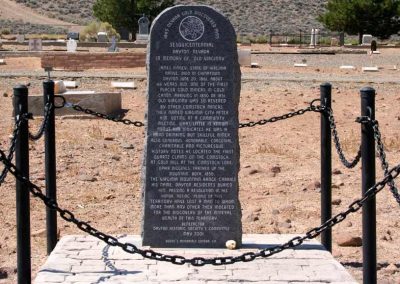 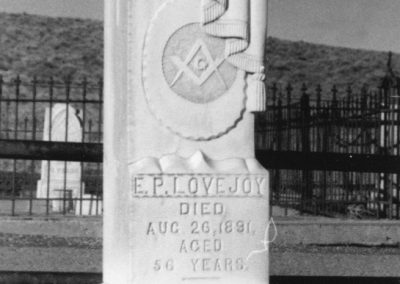